At the dawn of the Great Depression, President Franklin D. Roosevelt established the Civilian Conservation Corps and Works Progress Administration, both of which brought additional staffing to the burgeoning public lands system. Environmentalists, including Jay N. “Ding” Darling, continued to push for additional legislation and land protections to aid in wildlife preservation. 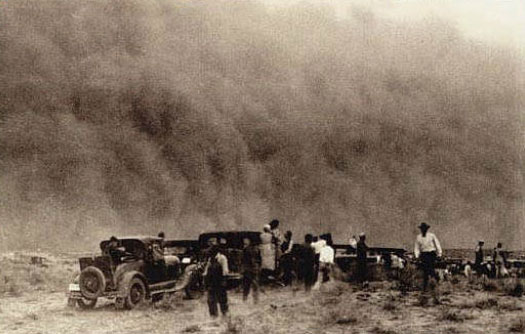 REFUGE PUSH: Aldo Leopold, “Ding” Darling, and Thomas Beck request $1,000,000 for refuges; Darling plans refuges along the Mississippi flyway from the Canadian border to the Gulf of Mexico, as well as other locations, but without federal funds.  Learn more.

WILDERNESS SOCIETY: Wilderness Society is founded by Aldo Leopold and Robert Marshall to establish wild areas in a natural state; during this time, the Gila Wilderness Area is established in New Mexico.  Learn more.

NATIONAL WILDLIFE FEDERATION: The National Wildlife Federation, which linked all state conservation clubs, is founded by “Ding” Darling a year after he first proposed it; he serves as its first president. By the 1980s, the NWF would have 4.6 million members.  Learn more.

DUCKS UNLIMITED: Ducks Unlimited is formed to restore duck breeding marshes in Canada where the federal government of the United States could not act.  Learn more.