While wildlife and natural resources once seemed abundant, the effects of their exploitation became more apparent during this period, when the human population began skyrocketing just as species were beginning to thin out—or even go extinct. 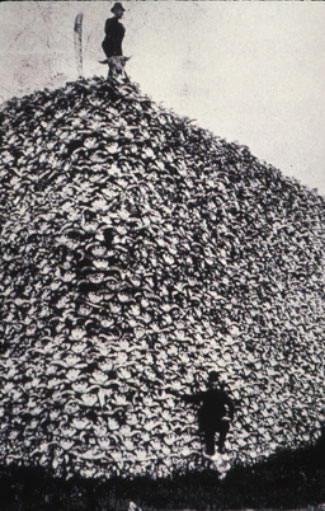 Buffalo skulls to be ground into fertilizer

LEWIS & CLARK ERA: Lewis and Clark explore the West. During this time, the buffalo population was estimated at 50,000,000 and passenger pigeons numbered up to two billion in a single flight.  Learn more.

GREAT AUK EXTINCT: Great auk is the first documented species in North America to become extinct by the hand of man.  Learn more.

DEPARTMENT OF THE INTERIOR: The U.S. Department of the Interior was established in 1849.  Learn more.