Preservation activities ramped up during this period, helmed by President Theodore Roosevelt, who launched the modern Wildlife Refuge System with a flurry of designations across the United States. 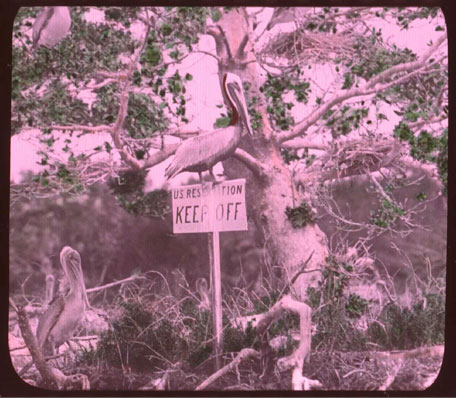 FOREVER WILD: “Forever wild” designation is made in the New York Constitution, the first permanent preservation of wilderness lands in the U.S.  Learn more.

PELICAN ISLAND REFUGE: Under the Forest Reservation Creation Act, President Theodore Roosevelt designates Florida’s Pelican Island as a “preserve and breeding ground for native birds,” which would be designated the first unit of the modern Wildlife Refuge System – “Bully for mangroves!” In the following year, he would go on to designate 51 additional refuges in 17 states and the territories of Alaska, Hawaii, and Puerto Rico.  Learn more.