The effects of humans on the natural environment—both positive and negative—have never been stronger. While we’ve witnessed additional disasters, like the nuclear contamination from Chernobyl in 1986, and the Exxon Valdez spill three years later, we’ve also seen the payoff from earlier conservation efforts as wild turkeys, wolves, and bald eagles have begun repopulating. 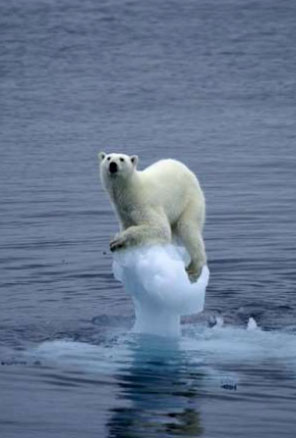 BALD EAGLES REPOPULATED: A reduction in killing and indiscriminate use of pesticides allows conservation status of the Bald Eagle to improve. It is now proposed for transfer from the Endangered to Threatened Species List in parts of the United States.   Learn more.

POLAR BEAR THREATENED: Polar bear was listed as a threatened species under the Endangered Species Act, the first species to be listed primarily due to global climate change.  Learn more.